Starts With the Best People

Mr. Shariff strives to provide the best, high-quality, safe home healthcare for patients, while helping them feel valued and empowered. He began his career as an office manager at a medical clinic in Chicago, where he co-founded a community pharmacy. In 2006, he established Best Home Healthcare Network—the first home health program in Chicagoland to include a clinical pharmacist on the care team.

The second influence was his mother. A physician herself, she would tell her young son stories of social inequality in healthcare that drove him to make a difference. In 2016, she was hospitalized for a lung biopsy, and her experience reinforced his determination. Her nurse was unaware that she was a doctor, unaware of her condition, didn’t understand her needs or care plan, provided false information and ignored her pain. She filed a complaint with the hospital’s Chief Nursing Office. They responded promptly and worked with her to create an action plan so this wouldn’t happen again, to anyone else.

Mr. Shariff realized that if his mother wasn’t a physician, she might not have been heard, and others would be powerless in this situation. Moving forward, he created a home healthcare company that operates to the highest standards, and truly cares about patients.

Mr. Shariff holds a B.A. in political science from DePaul University and an Executive M.B.A. in Healthcare from the Quinlan School of Business at Loyola University Chicago. 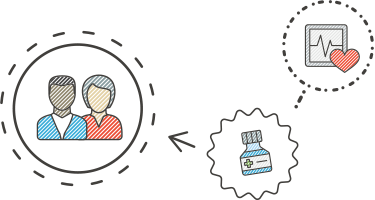 Our business model is to treat each patient the same way we would treat our parents, siblings or children. We accomplish this through state-of-the-art technology, quality nursing and therapy, good old-fashioned care and compassion.